KATHERINE MANSFIELD — Suddenly—dreadfully—she wakes up. What has happened?
Something dreadful has happened. No—nothing has happened. It is only the wind shaking the house, rattling the windows, banging a piece of iron on the roof and making her bed tremble. Leaves flutter past the window, up and away; down in the avenue a whole newspa-per wags in the air like a lost kite and falls, spiked on a pine tree. It is cold. Summer is over—it is autumn—everything is ugly. The carts rattle by, swinging from side to side; two Chinamen lollop along un-der their wooden yokes with the straining vegetable baskets—their pigtails and blue blouses fly out in the wind. A white dog on three legs yelps past the gate. It is all over! What is? Oh, everything! And she begins to plait her hair with shaking fingers, not daring to look in the glass. Mother is talking to grandmother in the hall.
“A perfect idiot! Imagine leaving anything out on the line in weather like this. . . . Now my best little Teneriffe-work teacloth is simply in ribbons. What is that extraordinary smell? It’s the por-ridge burning. Oh, heavens—this wind!”
She has a music lesson at ten o’clock. At the thought the minor movement of the Beethoven begins to play in her head, the trills long and terrible like little rolling drums. . . . Marie Swainson runs into the garden next door to pick the “chrysanths” before they are ruined. Her skirt flies up above her waist; she tries to beat it down, to tuck it between her legs while she stoops, but it is no use—up it flies. All the trees and bushes beat about her. She picks as quickly as she can, but she is quite distracted. She doesn’t mind what she does—she pulls the plants up by the roots and bends and twists them, stamping her foot and swearing.
“For heaven’s sake keep the front door shut! Go round to the back,” shouts someone. And then she hears Bogey:
“Mother, you’re wanted on the telephone. Telephone, Mother. It’s the butcher.”
How hideous life is—revolting, simply revolting. . . . And now her hat-elastic’s snapped. Of course it would. She’ll wear her old tam and slip out the back way. But Mother has seen.
“Matilda. Matilda. Come back im-me-diately! What on earth have you got on your head? It looks like a tea cosy. And why have you got that mane of hair on your forehead.”
“I can’t come back, Mother. I’ll be late for my lesson.”
“Come back immediately!” She won’t. She won’t. She hates Mother. “Go to hell,” she shouts, running down the road.

In waves, in clouds, in big round whirls the dust comes stinging, and with it little bits of straw and chaff and manure. There is a loud roaring sound from the trees in the gardens, and standing at the bot-tom of the road outside Mr. Bullen’s gate she can hear the sea sob: “Ah! . . . Ah I . . . Ah-h!” But Mr. Bullen’s drawing-room is as quiet as a cave. The windows are closed, the blinds half pulled, and she is not late. The-girl-before-her has just started playing MacDowell’s “To an Iceberg.” Mr. Bullen looks over at her and half smiles.
“Sit down,” he says. “Sit over there in the sofa corner, little la-dy.”
How funny he is. He doesn’t exactly laugh at you . . . but there is just something. . . . Oh, how peaceful it is here. She likes this room. It smells of art serge and stale smoke and chrysanthemums . . . there is a big vase of them on the mantelpiece behind the pale photograph of Rubinstein . . . à mon ami Robert Bullen. . . . Over the black glit-tering piano hangs “Solitude”—a dark tragic woman draped in white, sitting on a rock, her knees crossed, her chin on her hands.
“No, no!” says Mr. Bullen, and he leans over the other girl, puts his arms over her shoulders and plays the passage for her. The stu-pid—she’s blushing! How ridiculous!
Now the-girl-before-her has gone; the front door slams. Mr. Bul-len comes back and walks up and down, very softly, waiting for her. What an extraordinary thing. Her fingers tremble so that she can’t undo the knot in the music satchel. It’s the wind. . . . And her heart beats so hard she feels it must lift her blouse up and down. Mr. Bul-len does not say a word. The shabby red piano seat is long enough for two people to sit side by side. Mr. Bullen sits down by her.
“Shall I begin with scales,” she asks, squeezing her hands togeth-er. “I had some arpeggios, too.”
But he does not answer. She doesn’t believe he even hears . . . and then suddenly his fresh hand with the ring on it reaches over and opens Beethoven.
“Let’s have a little of the old master,” he says. But why does he speak so kindly—so awfully kindly—and as though they had known each other for years and years and knew everything about each other.
He turns the page slowly. She watches his hand—it is a very nice hand and always looks as though it had just been washed.
“Here we are,” says Mr. Bullen.
Oh, that kind voice—Oh, that minor movement. Here come the little drums. . . .
“Shall I take the repeat?”
“Yes, dear child.”
His voice is far, far too kind. The crotchets and quavers are dancing up and down the stave like little black boys on a fence. Why is he so . . . She will not cry—she has nothing to cry about. . . .
“What is it, dear child?”
Mr. Bullen takes her hands. His shoulder is there—just by her head. She leans on it ever so little, her cheek against the springy tweed.
“Life is so dreadful,” she murmurs, but she does not feel it’s dreadful at all. He says something about “waiting” and “marking time” and “that rare thing, a woman,” but she does not hear. It is so comfortable . . . for ever . . .
Suddenly the door opens and in pops Marie Swainson, hours before her time.
“Take the allegretto a little faster,” says Mr. Bullen, and gets up and begins to walk up and down again.
“Sit in the sofa corner, little lady,” he says to Marie.

The wind, the wind. It’s frightening to be here in her room by herself. The bed, the mirror, the white jug and basin gleam like the sky outside. It’s the bed that is frightening. There it lies, sound as-leep. . . . Does Mother imagine for one moment that she is going to darn all those stockings knotted up on the quilt like a coil of snakes? She’s not. No, Mother. I do not see why I should. . . . The wind—the wind! There’s a funny smell of soot blowing down the chimney. Hasn’t anyone written poems to the wind? . . . “I bring fresh flowers to the leaves and showers.” . . . What nonsense.
“Is that you, Bogey?”
“Come for a walk round the esplanade, Matilda. I can’t stand this any longer.”
“Right-o. I’ll put on my ulster. Isn’t it an awful day!” Bogey’s uls-ter is just like hers. Hooking the collar she looks at herself in the glass. Her face is white, they have the same excited eyes and hot lips. Ah, they know those two in the glass. Good-bye, dears; we shall be back soon.
“This is better, isn’t it?”
“Hook on,” says Bogey.
They cannot walk fast enough. Their heads bent, their legs just touching, they stride like one eager person through the town, down the asphalt zigzag where the fennel grows wild and on to the espla-nade. It is dusky—just getting dusky. The wind is so strong that they have to fight their way through it, rocking like two old drunkards. All the poor little pahutukawas on the esplanade are bent to the ground.
“Come on! Come on! Let’s get near.”
Over by the breakwater the sea is very high. They pull off their hats and her hair blows across her mouth, tasting of salt. The sea is so high that the waves do not break at all; they thump against the rough stone wall and suck up the weedy, dripping steps. A fine spray skims from the water right across the esplanade. They are covered with drops; the inside of her mouth tastes wet and cold.
Bogey’s voice is breaking. When he speaks he rushes up and down the scale. It’s funny—it makes you laugh—and yet it just suits the day. The wind carries their voices—away fly the sentences like little narrow ribbons.
“Quicker! Quicker!”
It is getting very dark. In the harbour the coal hulks show two lights—one high on a mast, and one from the stern.
“Look, Bogey. Look over there.”
A big black steamer with a long loop of smoke streaming, with the portholes lighted, with lights everywhere, is putting out to sea. The wind does not stop her; she cuts through the waves, making for the open gate between the pointed rocks that leads to . . . It’s the light that makes her look so awfully beautiful and mysterious. . . . They are on board leaning over the rail arm in arm.
“. . . Who are they?” “. . . Brother and sister.”
“Look, Bogey, there’s the town. Doesn’t it look small? There’s the post office clock chiming for the last time. There’s the esplanade where we walked that windy day. Do you remember? I cried at my music lesson that day—how many years ago! Good-bye, little island, good-bye. . .
Now the dark stretches a wing over the tumbling water. They can’t see those two any more. Good-bye, good-bye. Don’t forget. . . . But the ship is gone, now.
The wind—the wind. 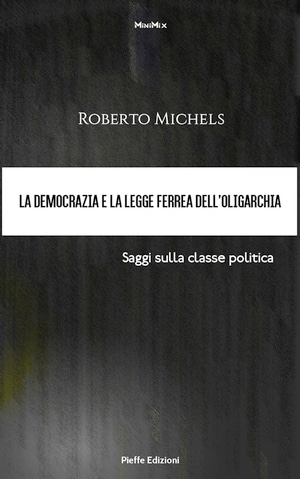 KOIZUMI YAKUMO / LAFCADIO HEARN – Blue vision of depth lost in height,—sea and sky interblending through luminous haze. The day is of spring, and the hour morning. Only sky and sea,—one azure enormity… In the […]